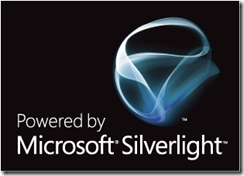 I’m nothing if not persistent! :)  You may have noticed that the Office Developers Conference was in February and I only just managed to post the video of my demo today.  There’s a story there.

There are a lot of reasons for it taking that long.  Mostly it just took a couple of months to track down the video and it get cleared to post.  But when I got it in April it occurred to me that I had no idea how I was going to show the demo video on my blog.  It wasn’t really technical enough to be putting up on Channel 9. And putting it on MSN Soapbox didn’t seem right to me as the quality of the screen shots would have been lost.

This was the right time to figure out how to take advantage of Silverlight Streaming.  It would give me the opportunity to post the video in pretty close to original quality and size.  It would also give me a chance to play with some of the Expression line of design tools.  Well long story short I ran into a few problems with a beta version of Expression Encoder.  I hit a bug where videos encoded with Expression Encoder could not get uploaded to Silverlight Streaming.  Tim Heuer finally came to rescue yesterday and that pushed me to try again.  With the help of Jaime (a Silverlight demigod and all round mensch) I was able to get the darn thing uploaded.

that’s why it took me 4 months to make my ODC keynote demo video available.